On April 13, 2020, Lin Jianhua, a member of the Party Group and deputy district chief of Haidian District People's Government of Beijing, and his delegation visited Beijing OnMicro Electronics Co., Ltd. (hereinafter referred to as " OnMicro ") to investigate the critical technology of 5G RF chips. Qian Yongxue, Chairman and GM of OnMicro, welcomed the visiting guests, and in-depth exchanged opinions and discussions on the research and development progress of OnMicro's 5G RF front-end chip and IOT SOC chip, as well as the company's future planning and development.

Lin Jianhua and his delegation visited the company's well-equipped RF test laboratory, as well as more than 100 chips and prototypes in the field of mobile RF front-end and Internet of things, and inquired about the technological development progress of high integrated 5G RF front-end PAMIF and PAMID chips, as well as customer expansion planning in the future. 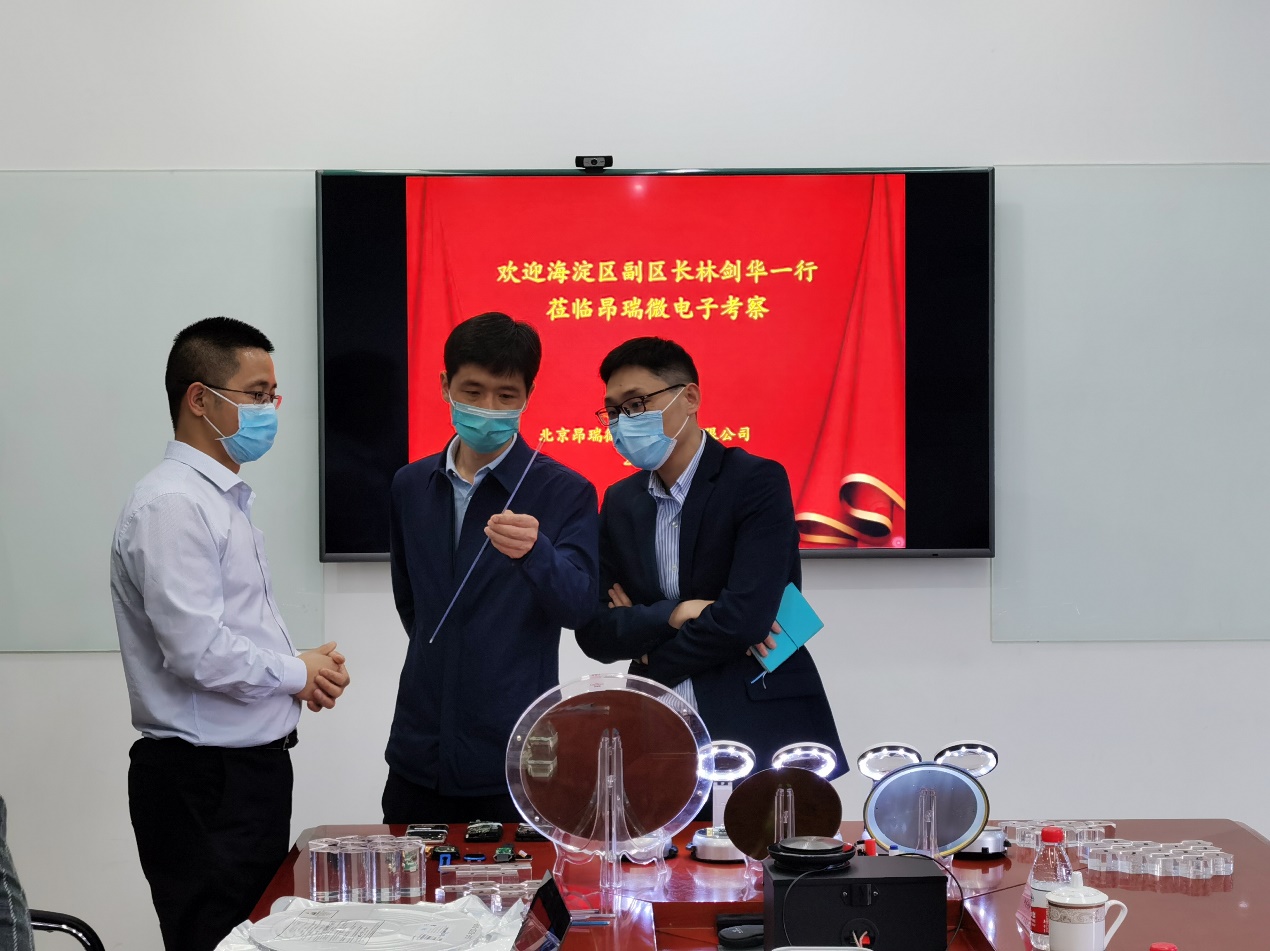 At the subsequent symposium, Chairman Qian Yongxue welcomed the guests and reported the current situation and future development plan of the company's RF integrated circuit business. Chief Lin expressed his affirmation for the large-scale application of the products of OnMicro in famous customers such as Samsung, Nokia, ZTE, TECNO and China Mobile, and appreciated that OnMicro has been rooted in Haidian for seven years, innovated continuously, climbed the tech-peak bravely and become the "Pearl of Haidian". Chief Lin also asked about the company's current difficulties and developing bottlenecks, and the government will, in line with the principle of helping the company but not to increase chaos, being conscientious but not offside, practically solve the problems encountered by the company and realize its rapid development. It is hoped that OnMicro will continue to innovate in 5G product technology, create value for the society and train RF talents for China. 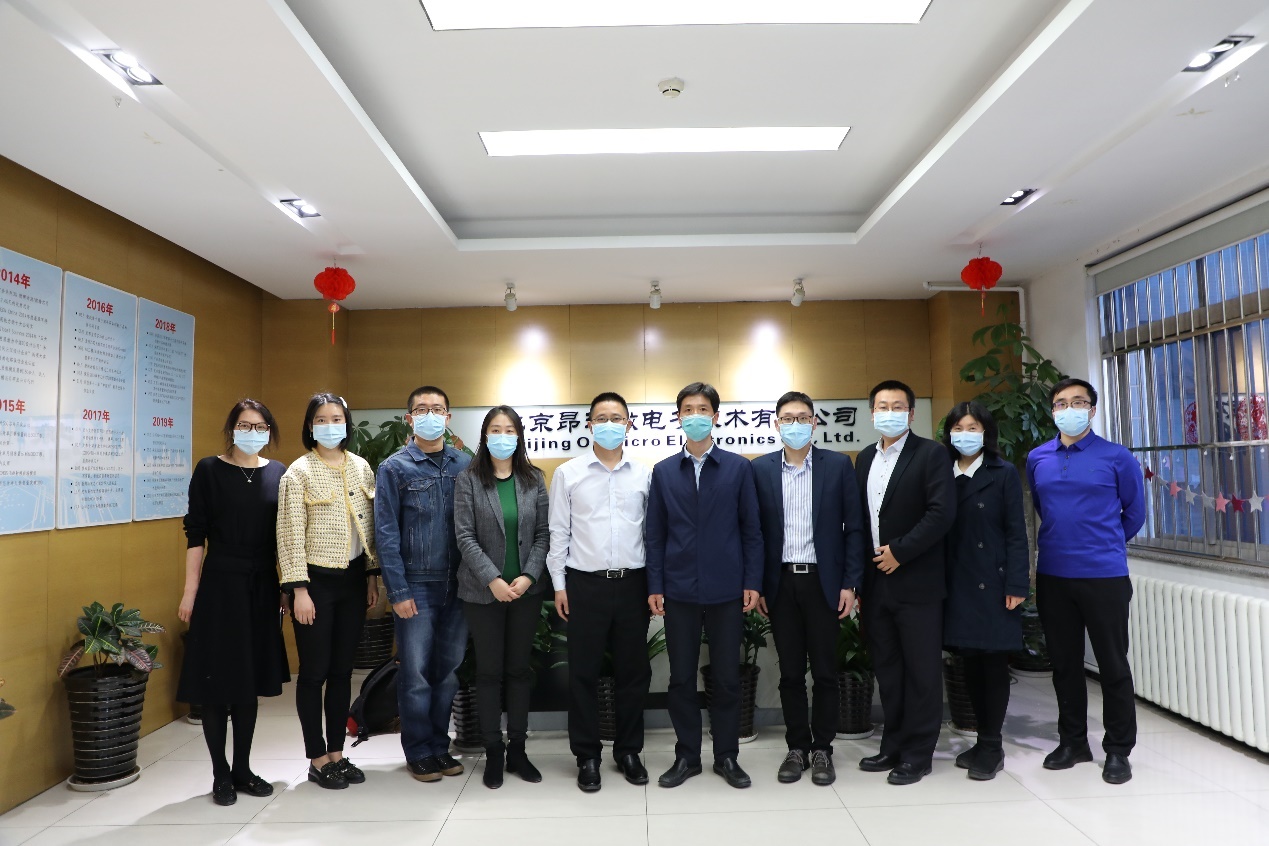 Founded in July 2012, OnMicro focuses on the design and development of RF / analog integrated circuits. The headquarters of OnMicro is based in Beijing, which are R & D, operation and finance centers. We also have R&D centers overseas, and we set support offices in South Korea and Taiwan distinct, Sales and support offices in Shanghai and Shenzhen. There are more than 170 employees and 110 R&D personnel in the world.